Nightmarish Romanticism: The Third Reich and the Appropriation of Romanticism

Attempting to trace the intellectual history of any political movement is, at best,
problematic. Humans construct political movements and the intellectual, philosophical underpinnings of those movements, and, in general, it is not one person who is doing the creating, but rather a multitude of people are involved; the circumstance of how politics is created is a web, which makes it difficult for researchers to trace the historical roots of movements. Nazi Germany has been the focus of numerous research projects to understand the intellectual roots of Nazism and the how and why they were successful in gaining and consolidating power. In line with popular theories in Sociology and History, earlier researchers have traced the intellectual roots of the Nazis in order to situate Nazi Germany as anti-modern, which by extension would situate their crimes against humanity
and fascism in the same camp. In particular, Romanticism has been the movement that some historians have cited as a possible root for Nazism. The primary goal of this paper will be to disrupt the historical continuation argument, deconstruct the main parts of each of the camps, and provide support for the appropriation argument. This goal is designed to connect to the much larger debate of the state of anti-modern/modern of Nazism, and aid in showing Nazism as a modern movement. It is through researching and analyzing
the how and why the Nazis appropriated Romanticism that allows academics to study the influences from the past in the development of National Socialism, while accounting for the frame that the Nazis used to read the Romantics and the purpose for the way that Romantic literature was framed within Nazi-Germany. 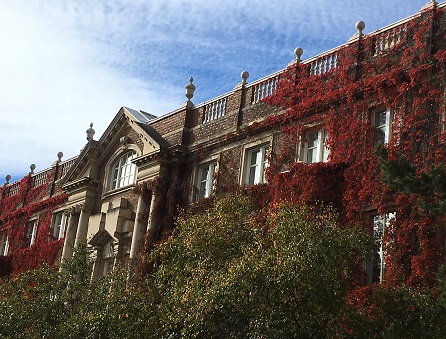