Outlaw in India by P. Roy

This adventurous story, set in India, is the fifth novel in Philip Roy’s Submarine Outlaw series. It begins in the harbour of Kochi, India, on the southern tip of India’s west coast - and what a beginning! An innocent daytime exploration of the harbour leaves Alfred, a 16-year-old world traveler, sending his submarine into dive mode to avoid the depth charges fired from an Indian navy frigate. Deafened by three charges intended to force his surrender, and without electricity in the submarine, Alfred has no choice but to return to the harbour to seek medical treatment and to repair his vessel.

Once safely on land, Alfred connects with 10-year-old Radji; a rare character in children’s literature, let alone one portrayed so prominently. Radji is an Untouchable, a member of the Dalit caste in India, the lowest of the low. Unable to accompany Alfred into stores and restaurants, Radji waits outside, sometimes even forced to move on by angry shopkeepers. Shocked and horrified by the injustice of this treatment of a fellow human being, Alfred finally realizes the futility of insisting Radji be granted the right to enter a store and leaves Radji outside an electrician’s shop. To his confusion, the shopkeeper invites Radji inside his shop and writes Alfred a stern message: “We are all God’s children”. From this experience Alfred learns “[not] to let the actions of others teach me how to act, especially when their actions are unkind”.

Due to a desperate yet clever act of duplicity, Alfred is forced to accept Radji on his submarine as a temporary traveling partner. Upon arriving in Goa, a major harbour north of Kochi, the two meet eccentric, elderly, Melissa Honeychurch. Lonely, and curious about Alfred and Radji’s unlikely friendship, she convinces the two to sail 35 miles upriver to her home, where they dock the submarine and find comfort in her company and in her cooking.

Eager for some overland exploration, Alfred and Radji travel first to Mumbai and then to Varanasi. Roy’s knowledge of and ability to describe the uniqueness of India is apparent to this reviewer who has herself visited both cities as a backpacker.  Roy’s rich use of simile will appeal to the older reader, while his concise style allows this novel to be accessible to the 9- to12-year-old reader. The overall tone is thoughtful and philosophical without dragging the reader too deeply into the challenges that plague India as a developing nation. A middle school with a Humanities curriculum would be well served to add this title to a list of recommended reads in multicultural literature.

Must the first four novels be read prior to picking up this fifth? Most certainly not. This reviewer will continue on a reverse journey through the series and looks forward to learning more about the secondary characters mentioned in this novel, and of course, living vicariously through Alfred’s adventures.

Jessica Levitt is a teacher-librarian in a K-12 independent school in Delta, BC. She has recently discovered how a well-written book review can impact indirect readers' advisory. 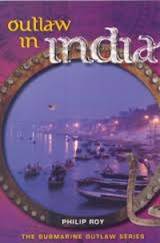