The Seasons in Ancient Indian Medicine

Most passages on the seasons in works of ancient Indian medicine list frost, spring, summer, rainy season, autumn and winter as the divisions of the year. However, in some contexts, the hibernal season frost (śiśira) is left out and replaced by a second rainy season, called “beginning of the rain” (prāvṛṣ), that is placed between summer and the actual rainy season. In this paper, I first introduce the concept of the seasons and the division of the year into two halves. Second, I examine the dichotomy of the existence, within one scientific corpus, of two seasonal schemes that vary regarding the included seasons. Concerning this matter, I review the investigations of Francis Zimmermann and compare them with Ḍalhaṇas commentary on the relevant passages in the Suśrutasaṃhitā. This analysis shows that Zimmermann was by and large correct when he argued that the two schemes are utilized in specific contexts but it proposes a new terminology for the schemes, understanding them as preventive and reactive instead of distributive and transitive. Finally, an examination of the relevant passages in the lesson on the seasons in the Suśrutasaṃhitā reveals that, contrary to the correspondent lessons in the other sources, here the two schemes are mixed together in a very confusing way. This, in combination with further textual evidence, clearly points to the posteriority of the Suśrutasaṃhitā’s lesson on the seasons compared to its counterparts in the Caraka- and Bhelasaṃhitā. 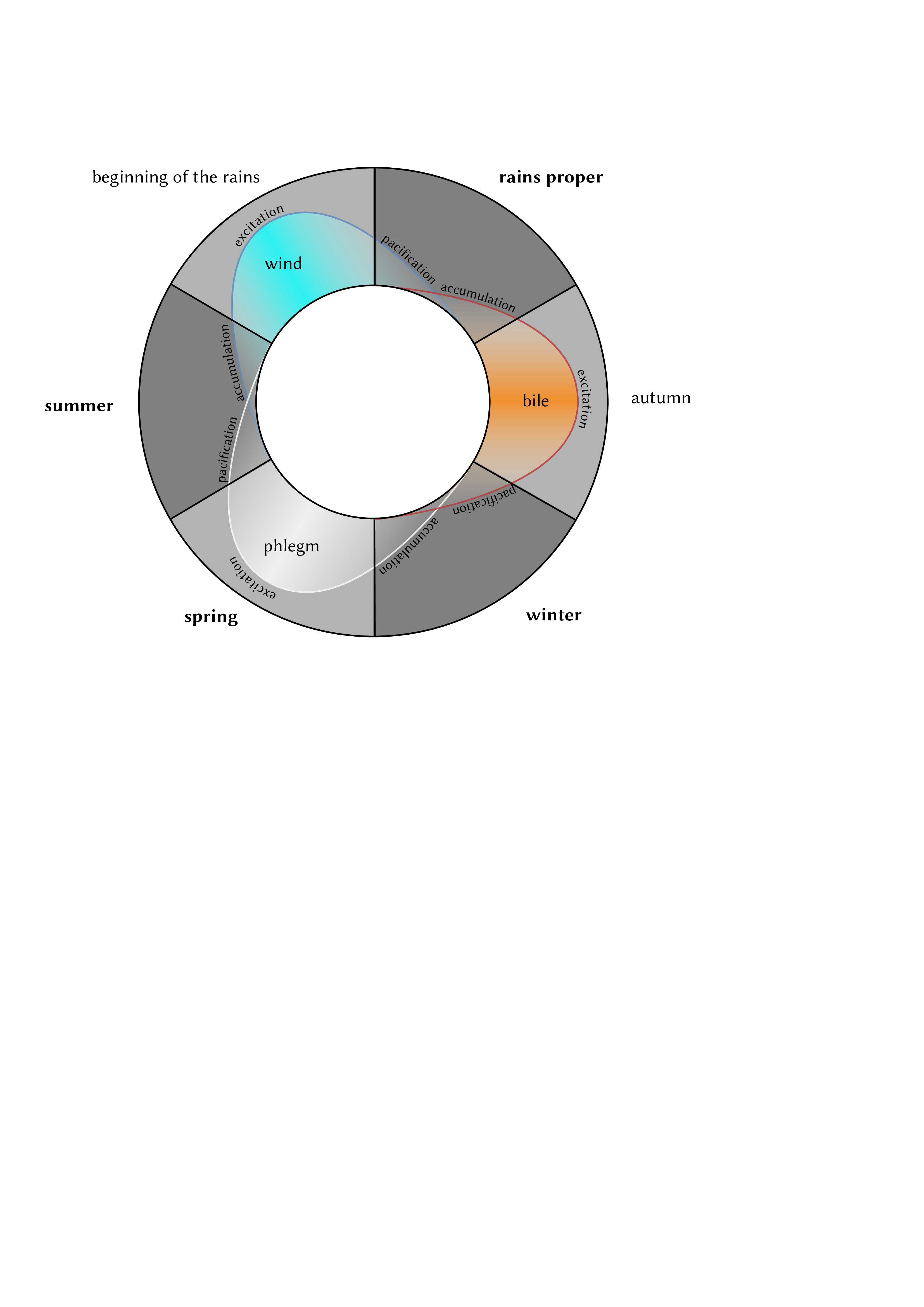