Alexander’s Gate and the Unclean Nations: Translation, Textual Appropriation, and the Construction of Barriers

The Alexander Romance and the Apocalypse of Pseudo-Methodius deserve a place in any discussion of the impact of the translator’s work on the construction of memory in multicultural societies. Both works are remarkable as the products and the objects of translation throughout the middle ages. Successive recensions of the Alexander Romance were translated, either from the original Greek or from Latin translations, into numerous vernacular languages until there were popular versions of the Romance in circulation from Iceland to Indonesia. The Apocalypse was first written in Syriac at the isolated monastery of Singara, but under the impulse of the initial Arab conquests it was translated into Greek and then Latin for a readership that stretched from one end of the Mediterranean to the other; translations into various vernaculars were made throughout the middle ages in places as far apart as England and Russia. The remarkable extent to which translation made both the Romance and the Apocalypse available to ever wider audiences has long been recognized. What has not necessarily been appreciated to the same extent is the cultural impact of these translations, especially in regard to the contact and conflict of cultures. I would like to redress this neglect by drawing attention to the implications of a single episode, one borrowed from the Apocalypse into a later recension of the Romance and perhaps the most famous incident in either work: Alexander walling up the Unclean Nations, the agents of the End Times, beyond the Mountains of the North. Up to the appearance of this incident Alexander had been seen, as he perhaps still is, as a conqueror who extended not only his own realm, but the cultural sphere of the Greeks as well, drawing barbarian peoples into the civilized world of the oikoumene. Under the impact of the Arab conquests, I will argue, Alexander was given the very different, but just as formidable, task of excluding foreign and exotic peoples from a world which was ideally homogeneous, represented by his confining of the Unclean Nations. This act symbolizes the reaction which characterized the next several centuries of Byzantine strategy, of retrenchment, defense of the frontiers, and assimilation of all deviant groups (pagans, heretics, and Jews) within the borders. The memory of Alexander inspired by repeated translations of the Romance and Apocalypse spawned this xenophobic response not only in Byzantium, but throughout Europe, until the Turks were at the gates of Vienna in 1683. Perhaps its legacy can still be discerned today in the inclination toward eschatological hysteria provoked by the perceived aggression of the Muslim world. 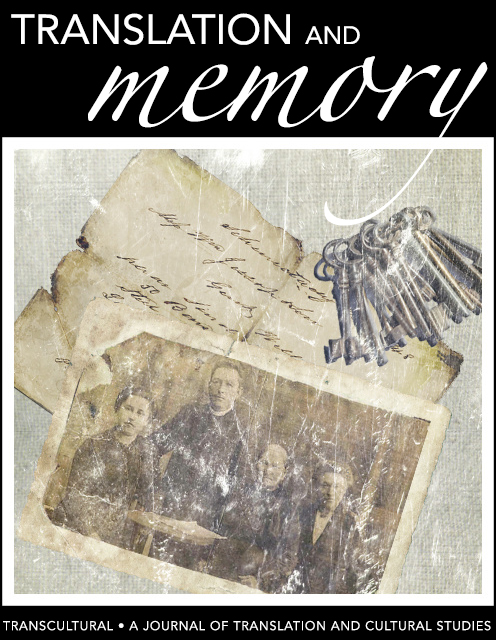 Published
2016-07-17
Issue
Vol 8 No 1 (2016): Translation and Memory
Section
ARTICLES
Authors who publish with this journal agree to the following terms: a.Authors retain copyright and grant the journal right of first publication with the work simultaneously licensed under a Creative Commons Attribution License that allows others to share the work with an acknowledgement of the work's authorship and initial publication in this journal. b.Authors are able to enter into separate, additional contractual arrangements for the non-exclusive distribution of the journal's published version of the work (e.g., post it to an institutional repository or publish it in a book), with an acknowledgement of its initial publication in this journal. c.Authors are permitted and encouraged to post their work online (e.g., in institutional repositories or on their website) prior to and during the submission process, as it can lead to productive exchanges, as well as earlier and greater citation of published work (See The Effect of Open Access).