The Highland Lute, the Albanian national epic poem, contains 15,613 lines. It mirrors Albania’s difficult struggle for freedom and independence which was finally achieved in 1912. It was important for Robert Elsie and I to achieve an atmosphere similar to that of other important European epics such as Beowulf (England), The Kalevala (Finland), and the grand medieval poems of the eleventh and twelfth centuries such as The Song of Roland (France), Nibelungenlied (Germany), and Poem of the Cid (Spain). Rhythmically, The Highland Lute is very much like the American writer Henry Wadsworth Longfellow's epic poem, Hiawatha, parts of which I loved to recite as a young girl. Our task with translating The Highland Lute into English has been to make the language relevant and understandable for the modern reader while still retaining its colloquial, archaic, majestic, and heroic feel which gives a strong sense of the past. Quite a challenge! We translated many expressions unique to Gheg, and did our best to describe symbols of Albanian mythology and legend such as oras (female spirits), zanas (protective mountain spirits), draguas (semi-human figures with supernatural powers), shtrigas (witches), lugats (vampires), and kulshedras (seven-headed dragon-like creatures). We kept the octosyllabic rhythm consistent throughout, and we captured the qualities common to all epics: alliteration, assonance, repetition, hyperbole, metaphor, archaic figures of speech, concrete descriptions, colour, drama, passion, a range of emotions, intensity, sensuality, lots of action, rhyme where possible, and an exalted, dignified tone.

Janice Mathie-Heck
Janice Mathie-Heck was born in Jasper, Alberta, Canada, in 1950, and now resides in Calgary. She is a teacher of English as a Second Language to adult immigrants, and is a poet, translator, editor, and literary critic. Her articles and poems have appeared in The Gauntlet, Freefall, Le Chinook, filling Station, Jeta e re, Illyria, Phoenix, Tempulli, and on the Frontenac House website. Two of her forthcoming articles will appear in Transcript and Translation Review. She collaborates with Robert Elsie in introducing, translating, and editing many works of Albanian history and literature 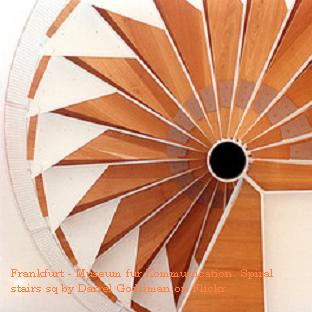 Published
2009-07-22
Issue
Vol. 1 No. 2 (2009): THE TRANSLATOR AS THEORIST?
Section
CARNET DE ROUTE
Authors who publish with this journal agree to the following terms: a.Authors retain copyright and grant the journal right of first publication with the work simultaneously licensed under a Creative Commons Attribution License that allows others to share the work with an acknowledgement of the work's authorship and initial publication in this journal. b.Authors are able to enter into separate, additional contractual arrangements for the non-exclusive distribution of the journal's published version of the work (e.g., post it to an institutional repository or publish it in a book), with an acknowledgement of its initial publication in this journal. c.Authors are permitted and encouraged to post their work online (e.g., in institutional repositories or on their website) prior to and during the submission process, as it can lead to productive exchanges, as well as earlier and greater citation of published work (See The Effect of Open Access).