A Tale of Two Countries: Constitutionalizing the Mandatory Minimum Sentence

Mandatory minimum sentences have always played a role in Canadian criminal law, and indeed, in the common law of the United Kingdom (UK). Parliament, especially in recent years, drastically expanded the use of mandatory minimum sentencing, calling for higher sentences to be imposed on offenders. This has resulted in a corresponding increase in challenges to the constitutionality of that legislation, specifically alleging that the impugned mandatory sentences infringe an individual’s right to be free from cruel and unusual treatment or punishment. However, these challenges are often based on an imagined offender, or a reasonable hypothetical, rather than the offender before the court.

The UK also imposes mandatory minimum sentences, including for firearms offences. Moreover, the mandatory sentences in the UK call for significantly more severe sentences than the sentences that Canadian courts struck down as being cruel and unusual punishment. This article, therefore, looks at the firearms laws of the UK and how they have structured the mandatory minimum sentence for firearm offences. The provisions in the UK mandating minimum sentences for particular offences contain an “escape clause” which permits judges to deviate from the mandatory minimum sentence in “exceptional circumstances.” As a result, judges in the UK must deal with the offender and the facts of the case before them, rather than a reasonable hypothetical scenario. This article argues that Parliament’s incorporation of similar language in Canadian sentencing provisions would have two salutary effects: (1) placing the emphasis on the offender before the court, thereby eliminating the reasonable hypothetical and (2) restoring the role of Parliament in providing guidance on sentences while preserving the role of the judiciary to craft a sentence for each offender which does not violate our constitutional principles. 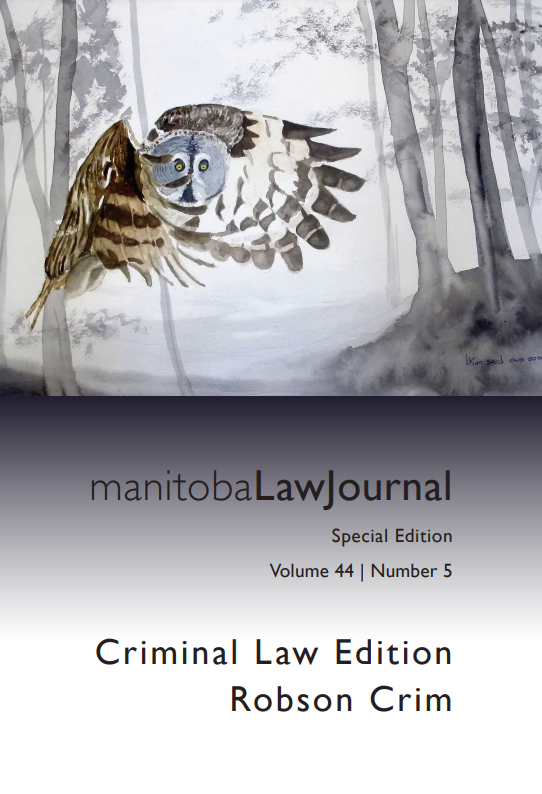