Register in Samuel Beckett’s Writings in English and French:

Samuel Beckett, the Irish author and playwright was born in 1906 in County Dublin, Ireland and died in 1989, in Paris, France. From 1929 to 1989, Beckett wrote letters through which his life is depicted. His letters were published in the form of four volumes entitled as follows: volume I: 1929-1940 (published in 2009), volume II: 1941-1956 (published in 2011), volume III: 1957-1965 (published in 2014), and lastly, volume IV: 1966-1989 (published in 2016). These letters were later translated in French by the publishing house of Gallimard between 2014 and 2018. Within a morpho-semantic framework of analysis, one may wonder to what extent there exists stylistic affinities between his letters and his famous tragicomedy entitled Waiting for Godot (published in 1952). In other terms, are there constant, and/or shared stylistic units? To what extent has the register been changed from his letters to his play? How may the vocabulary, punctuation, and grammar differ from the English version of Waiting for Godot to the French version? Do these stylistic changes from English to French affect the notions of 20th-century man in the society in France?

By drawing on certain theories of theoreticians in linguistics and translation studies such as Brian T. Fitch, Anthony Uhlmann, and Saeid Rahipour, this research seeks to present a linguistic and translation analysis of Beckett’s register in his four volumes of letters and English, and French versions of his play Waiting for Godot. Hence, this study aims to investigate the extent to which the Irish writer’s register has been differentiated in the corpus under study by the passage of time to suit the stylistic norms of 20th century in France and England.

After obtaining my high school diploma (2002), I was admitted to the Iranian National entrance exam of Bachelor in “English Language and Literature” at the University of Isfahan, Iran. Upon finishing my fourth year of Bachelor’s studies, I was the first person in Iran to be admitted to the Master’s program of “Translation Studies” in French at ShahidBeheshti University in Tehran, Iran (2008). During the first year of my Master’s degree, I attended a summer course in French at the University of Neuchâtel in Switzerland. I defended my Master’s dissertation in July 2011, and then in January 2012 I came to Paris to take French courses at the Université de Vincennes à Saint-Denis. The following October, I enrolled for a PhD in “Translation Studies” at the Anglophone Studies department of the Université Sorbonne Nouvelle-Paris 3 under a cooperative contract called “Cotutelle” with the University of Isfahan, Iran. In 2014, I obtained a doctoral contract from ‘la Région îl-de-France’. I defended my thesis on 5 December, 2016. In 2003, alongside my Bachelor’s studies, I started my career in teaching English at various Institutes of Isfahan renowned for languages. Then in 2008, I took French courses in parallel with English to teach in establishments in Tehran and Isfahan under the direction of the Universities of Tehran, ShahidBeheshti and Isfahan. In 2008, I was invited by the Persian Language and Literature department of the University of Isfahan to teach Persian to foreign students and I was hired as an instructor for four years. During my PhD studies in Paris, I taught English in two French high-schools and English courses of the LANSAD program at the Université Sorbonne Nouvelle-Paris 3. This year (2017-2018), I hold a lecturer position in Anglophone studies (teaching translation courses) at the Université Clermont Auvergne, in Clermont Ferrand, France. 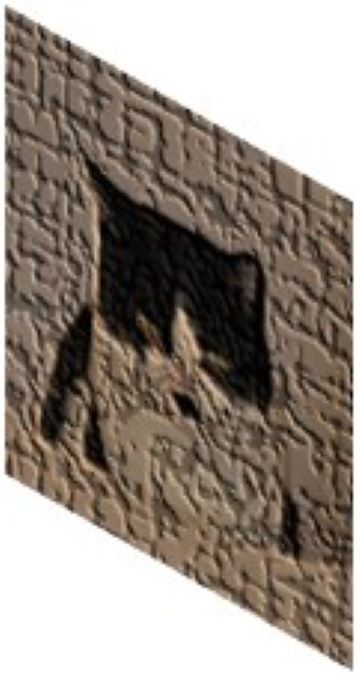 Authors who publish with this journal agree to the following terms: a.Authors retain copyright and grant the journal right of first publication with the work simultaneously licensed under a Creative Commons Attribution License that allows others to share the work with an acknowledgement of the work's authorship and initial publication in this journal. b.Authors are able to enter into separate, additional contractual arrangements for the non-exclusive distribution of the journal's published version of the work (e.g., post it to an institutional repository or publish it in a book), with an acknowledgement of its initial publication in this journal. c.Authors are permitted and encouraged to post their work online (e.g., in institutional repositories or on their website) prior to and during the submission process, as it can lead to productive exchanges, as well as earlier and greater citation of published work (See The Effect of Open Access).